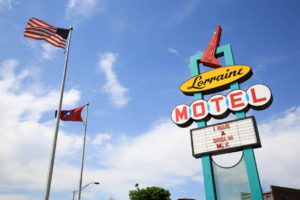 Memphis is the city where Martin Luther King Jr.’s dream came to an end. On April 4, 1968, a sniper took his life as he stood on a motel balcony. The nation’s heart was broken, and the civil rights movement lost its momentum.

A visit to the city can be a solemn pilgrimage, but Memphis also has much to offer, including the moving I AM A MAN Plaza and Beale Street, once the center of the city’s Black nightlife.

Your focus needs to be the National Civil Rights Museum at the Lorraine Motel. Not only is it possibly the best museum on civil rights history, but it also ingeniously incorporates the motel where King was assassinated. A companion building preserves the sniper’s nest where James Earl Ray fired the gun that killed King. A visit is a chilling experience.

Other Memphis sites include the building where King gave his last speech, and the plaza outside. And a new exhibit at the city’s largest synagogue remembers the rabbi who led hundreds of ministers to City Hall the day after King’s death.

The city is also known for its barbecue and music heritage, including Beale Street, the Stax Museum, and the church were Grammy -winning singer Al Green leads a gospel choir on Sundays.

A top museum and a motel with a tragic history 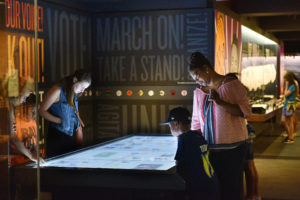 Dr. Martin Luther King Jr. was in Memphis in 1968 to support striking sanitation workers, and their union. His civil rights campaign had moved from the clear-cut battles against Jim Crow segregation to the more complicated fight for economic justice.

He saw in the sanitation workers a chance to support working class Black men struggling for dignity and safe working conditions. The strike started after two workers were crushed to death in a garbage compactor where they had sought shelter from the rain.

On April 3, King spoke at the Mason Temple, and delivered his last address the prophetic “I Have Been to the Mountaintop” speech. He seemed to realize he would not see his journey to the end.

The assassination site is carefully preserved at the National Civil Rights Museum, but the institution offers so much more.

Until the Smithsonian Museum of African-American History and Culture opened in Washington, D.C., it was the best museum covering civil rights history in the country. Even now it rivals the much larger D.C. museum with its depth, and historic accuracy.

Exhibits begin with slavery, and carefully outline the seeds of the civil rights movement after Reconstruction, leading to Jim Crow laws. lynchings and race riots. From Rosa Parks to the Freedom Rides to the Children’s March in Birmingham, each topic gets thorough coverage with artifacts, historic photos and interactive exhibits.

But there’s also coverage of lesser-known protests, like the 1955 Yellow Cab Boycott in San Francisco and the move to integrate Highway U.S. 40 through Maryland to accommodate African United Nations delegates who were driving between New York and Washington.

In short, it’s a fascinating museum, where even the most knowledgeable visitors is going to learn something.

But as you wind through the exhibits, you’re inevitably drawn to Room 306.

Take a step and suddenly you’re inside the cramped motel room where King stayed, decorated in the same mid-century style of the time. King was a frequent guest at the motel, which was owned by African-Americans and named for a Nat King Cole song, “Sweet Lorraine.”

With food wrappers, and suitcases strewn about, you feel like you’ve stepped back in time to King’s era, and as you move toward the balcony, you know what is soon to happen.

It’s at this exact spot that King stood at 6:01 p.m., when a shot rang out from the boarding house across the street. He was struck in the head, and was declared dead an hour later.

Equally absorbing is the adjacent guesthouse, where the assassin James Earl Ray shot Dr. King through a bathroom window. Visitors reach this second building and gradually make their way to Ray’s room.

It too is restored to the way it would have looked that spring evening. And as you peer out through the bathroom, where Ray fired the shot, you see how easily King could be targeted from this sniper perch. Additional exhibits follow the global manhunt to track down Ray.

After the shots rang out, the news rocketed around Memphis, which was soon engulfed with riots. Other cities, from Detroit to Washington, D.C., also faced violence. Perhaps most notable was Indianapolis, where a speech from Presidential candidate Robert F. Kennedy helped keep the peace.

I AM A MAN Plaza, music and more 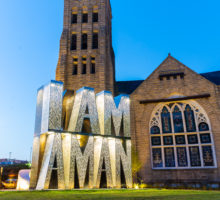 As wonderful as the museum can be, you’ll want to see more of Memphis.

Leave time to visit the moving I AM A MAN Plaza, which was dedicated on the 50th anniversary of King’s assassination. It’s named for the iconic strike signs held by the striking sanitation workers.

The plaza’s located downtown on Hernando Street, near the Clayborn Temple, a rallying point for the sanitation strike. The area, made with bronze, stainless steel, granite, and marble, includes sculpture text panels and a wall listing the names of strike participants.

About 1.5 miles away, you can stop by the Mason Temple at 938 Mason Street, which is the headquarters of the Church of God in Christ – not a Masonic Lodge as some think. Its auditorium held up to 7,500 people, which made it an important place for mass meetings during the civil rights movement.

While the church itself isn’t open, it’s marked with an historical plaque.

The photographer who captured an era

Another must-visit is the Withers Collection, a studio with some of the most striking photos taken of the civil rights era, all taken by Ernest Withers.

The African-American photo journalist was everywhere: Emmett Till’s funeral, the Montgomery bus boycott, the Freedom Rides, and in Memphis when King was shot. In total, he’s estimated to have taken more than 1 million photos. It was also revealed that he briefly served as an informant for the FBI.

On the day after King’s assassination, hundreds of ministers and religious leaders marched to City Hall.

Leading the procession was Rabbi James Wax, who headed Temple Israel, Tennessee’s oldest and largest synagogue. In 1968, Wax was the president of the Memphis Ministers Association. In a confrontation broadcast on national television, the rabbi addressed Memphis’ mayor: “There are laws far greater than the laws of Memphis and Tennessee, and these are the laws of God, human decency, and dignity.”

As a progressive white leader, Wax helped lead reforms in the city. Learn more about his legacy at an exhibit at his synagogue, “Righteous Among Men: Rabbi James A. Wax, A Life Dedicated to Social Justice.” The museum is open Tuesday-Thursday 10 am-2 pm; Sundays 10 am-noon; and the first Friday of the month from 5-6 p.m.

Memphis is also known for its rich musical heritage. Located near the Mississippi Delta, it’s where the sounds of Southern blues, gospel and country music merged together to form rock and roll. 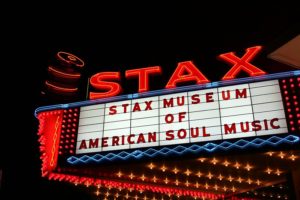 Or to put it another way, it’s place you’ll want to dance. The Stax Museum of American Soul Music tells the story in fun, funky galleries.

You can dance to old Soul Train performances playing on giant screens, and marvel at outrageous costumes and cars. It’s a welcome light-hearted visit after the intensity of the Lorraine Motel.

Praying with the Rev. Al Green

Finally, after all this, you’ll want to go to church – especially if the Rev. Al Green is in town.

The Grammy-award winner is a bishop at the Full Gospel Tabernacle Church, 787 Hale Rd, Memphis, 38116. The born-again singer leads one of the best bands you’ll find in Memphis, but remember this is a worship service, not a nightclub show.

The gospel music is stirring and will have you on your feet. Visitors are welcome, but dress appropriately and expect to stay for the full two-hour service. Sunday morning worship starts at 11:30 a.m., and you’ll want to call ahead to see if he’s in town. Bring cash for a donation to the church. 901/345-8040

Take the 2.5-hour A Tour of Possibilities, visiting key city African-American history sites, from Beale Street to Clayborn Temple. For more details, take the five-hour half day tour for groups of up to 10.

Peabody Hotel– One of the most famous hotels in the country, you’ll come to see the daily duck parade, but will be won over by the setting and gracious service. 149 Union Avenue, Memphis, (901) 529-4000.

Save some money by staying outside downtown. This top-rated motel offers all the comforts, and is close to the airport. TripAdvisor average rate: $109

Rendezvous – There’s a reason crowds line up in an alley nearly every night: incredible barbecue ribs. See what the fuss is all about. 52 South 2nd Street, Memphis, 901/523-2746

Payne’s Bar-B-Q  – For a different barbecue experience, try this cinderblock Memphis favorite, owned by a Black family. Order the chopped pork sandwich with mustard slaw and spicy sauce. Or for a true classic, try the barbecue bologna sandwich. 901/272-1523

The Four Way – It’s worth a trip to the Soulsville neighborhood for this Black-owned Southern meat-and-three classic cafeteria, where the fried catfish is legendary. Civil rights leaders and music legends ate here. Standouts include turkey and dressing, and fried chicken. Closed Monday. 901/507-1519

Arcade – Sure, it’s a 24-hour diner. But Elvis used to eat here and so likely did Martin Luther King, Jr. Order the fried peanut butter and banana sandwich, bacon optional, and you’ll feel like a king too. Near the Civil Rights Museum. 540 South Main Street, Memphis, 901/526-5757

Gus’s World Famous Fried Chicken – Yes, it’s the South and everyone has good fried chicken. But this just may be the best. Eat at the original location, 310 S Front St, Memphis. 901-/27-4877