Visit the Kennedy-King Memorial in Indianapolis: Where a speech united the nation after King’s assassination

As anger, fear and destruction swept through the country following the death of George Floyd in Minneapolis, it’s worth noting this was hardly the first time civil unrest has gripped the nation.

U.S. history provides many  similar examples, from the Los Angeles violence following the acquittal of the police officers who beat Rodney King to the riots that erupted following the assassination of the Rev. Martin Luther King Jr.

But history pays less attention to moments when violence was avoided. That’s what you’ll find at the Kennedy-King Memorial, Indianapolis.

It commemorates one of the most dramatic moments after King’s death in Memphis on April 4, 1968. In those first shocking hours, Presidential candidate Robert F. Kennedy gave what has been called one of the most important speeches of the 20th century, acknowledging the pain of the Black community, yet offering hope and calling for justice.

Political and community leaders trying to restore calm and offer vision today could learn much from studying it.

And travelers can find inspiration at a monument dedicated to Robert Kennedy’s Indianapolis speech. 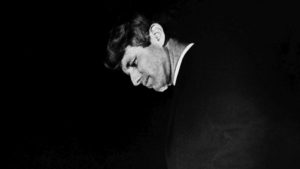 “I have some very sad news for all of you.”

In the spring of 1968, former U.S. Attorney General Robert Kennedy was campaigning for the Democratic nomination for President, hoping to regain the job his older brother had held. He had spent the day visiting Indiana college campuses, and found himself in the state capital that evening for a rally just as the world was learning of King’s death.

Already fires were burning in Detroit and Washington, D.C. But despite fears of violence in Indianapolis, and warnings from the police chief that he could not guarantee the candidate’s safety in a riot, Kennedy continued with his plans. He headed straight from the airport to a rally in north Indianapolis in the heart of an African-American neighborhood, accompanied by campaign aide John Lewis, who had marched with King in Selma.

In this pre-Internet era, many didn’t yet know the news from Memphis. It was up to Kennedy to tell them, and his hastily written speech offers a rare moment of spontaneity and honesty in the world of Presidential politics.

Moments after the candidate arrived, he stepped onto an impromptu stage on a flatbed truck to address the crowd. Looking off camera, Kennedy can be heard asking: “Do they know about Martin Luther King?”

A moment later he tells them.

“I have some very sad news for all of you.”

Kennedy’s five-minute remarks acknowledge the pain and the fury in his audience, and the desire for revenge.

“In this difficult time for the United States, it’s perhaps well to ask what kind of a nation we are and what direction we want to move in.

For those of you who are Black considering the evidence … you can be filled with bitterness, and with hatred, and a desire for revenge.”

But then he referenced his own grief, reminding his audience that he had also lost his brother to a white assassin less than five years earlier.

He concluded with a plea for peace and forgiveness.

He urged the crowd to pray for our country, and then left the stage.

No riots erupted in Indianapolis that night, which local leaders and historians credit to Kennedy and his speech. But alas, his call for nonviolence wasn’t enough.

Two months later in Los Angeles, Kennedy himself was assassinated.

You can read the text of the speech here, and watch it on the video below.

The park centers on the Landmark for Peace, a sculpture showing Kennedy and King reaching out to each other across a walkway. It’s maintained by the Kennedy King Memorial Initiative.

Learn more about Kennedy’s address in the documentary A Ripple of Hope: The Speech that United a Nation, available without charge to Amazon Prime subscribers.

One of the best books covering the topic, The Last Campaign: Robert F. Kennedy and 82 Days That Inspired America, was written by Thurston Clarke.

And for a stirring account of the King assassination, read the gripping account offered by Memphis native Hampton Sides, Hellhound on His Trail: The Electrifying Account of the Largest Manhunt in American History. The page-turning book leads us step to step through King’s murder, and shows how the reluctant FBI director J. Edgar Hoover, who had spied on King, was responsible to tracking down his killer.

Find nearby restaurants and other travel information at VisitIndy.

Ironworks This top-rated boutique hotel has a fun industrial vibe and is within walking distance to shops and restaurants. It’s about a 10-minute drive from the memorial.

Looking Glass Inn This bed-and-breakfast inn in a renovated 1905 home is just a few blocks from the memorial.